With much anticipation, Velvet Code has recently released an official 90’s house-inspired remix for Lady Gaga and BLACKPINK’s “Sour Candy” (Universal/Interscope); a track that appears in its original form on Gaga’s sixth full-length studio album, Chromatica. This new collaboration marks the second official Gaga remix released by Velvet Code this year, with the first being lead Chromatica single, “Stupid Love”.

The Velvet Code remix of “Sour Candy” is a 128 BPM mix of 90’s house synth, circuit house melodies and organ instrumentals overtop a base of modern house percussion. The remixed version of the track was produced by Velvet Code.
In addition to the new Gaga remix, Velvet Code also released a new single in July 2020 entitled “Teenage Dreamer”. The song has amassed over 250,000 plays across all streaming platforms in less than 2 weeks. He also hosts the weekly “Rise To The Rhythm” radio mix-show; which is broadcast to over 130 digital, FM and satellite radio stations around the world. He also hosts a weekly one-hour “Solitary Confinement Saturdays” show on Facebook Live, Mixcloud Live, YouTube, Twitch and Periscope to an average of 5,000 – 10,000 viewers. Velvet is also in the midst of developing an inclusive LGBTQ+ record label, which will be formally announced in September. 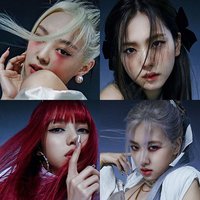 The Reason Why ITZY & TXT Were Escorted Out Early During...

Likable Traits Of ATEEZ Members According To Themselves | Kpopmap –...

Netizens Certain YG Entertainment Is Up To Something After Sudden Server...