When two of the biggest names and most influential existences in South Korea come together, something magical is bound to happen.

World famous K-Pop idol group BTS have recently collaborated with South Korea’s tech giant Samsung, resulting in beautiful phones that will probably have millions of ARMY all across the world rushing to change their phone asap.

BTS and Samsung in partnership released the Galaxy S20+, perhaps an item that is definitely a must have for any ARMY.

Our favorite thing about this particular phone is the amazing choice of the purple color and how the iconic BTS logo is engraved in the back, clearly showing they paid attention to small details that matter.

But it doesn’t end just there. A set of wireless earbuds also in purple to match the phone has also been released as well.

And given that ARMY are busy on Weverse throughout the day, the phone actually already has the app pre-downloaded for their convenience as well.

The phone’s pricing is approximately $1,200.

You can check out the photos below. 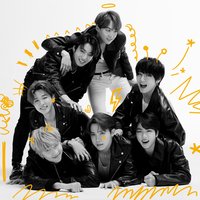 American Version Of ‘Hotel Del Luna’ To Be Released | Kpopmap

SM Entertainment To Open SMTOWN Outlet In Vietnam Between July And...

ASTRO’s Cha EunWoo Is The Cutest When He Excitedly Discovered This...

Esom, Uhm Tae-goo courted to headline season 2 of ‘Save Me’