IZ*ONE
had wrote a new history in terms of first week album sales.

On June 22, Hanteo Chart had announced that IZ*ONE had sold a total of 389,334 copies of their 3rd mini album “Oneiric Diary” from June 15 to 21. This makes the girls currently the best selling K-Pop girl group to date.

They had also broken their previous record when their first full length album “BLOOM*IZ” was released earlier in February. Back then, it was recorded that they had sold 356,313 copies.

It looks IZ*ONE is proving their worldwide popularity and rise as a girl group.

Currently, IZ*ONE is promoting their title track ‘Secret Story of the Swan’ on various music shows. 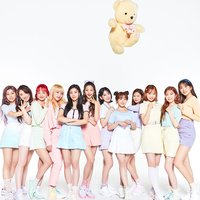 “K-Pop Star 4” Katie Kim Reported To Have Sign A Contract...

C9’s Keum DongHyun Reported To Be Having His Own Pictorial Shoot...

A Guide To Pronouncing Some K-Pop Idol Group Names

Hilarious GOT7 Reactions When They See Their Younger Selves On Screen

B.I’s Contract With YG Entertainment Has Been Terminated