According to reports from South Korean news agency Newsen, there seems to have been a misunderstanding between Jae and JYP Entertainment. Jae stated:

“I talked to the staff members of JYP Entertainment, there seems to have been a lot of misunderstandings between us. I want to apologize if my statements caused concern.”

Jae also apologized to the fans of Day6 as he described his actions as “short-sighted”.

In addition, he clarified that there isn’t any problems between him and the group members, in case any fans have been wondering.

DAY6 member Jae has recently been letting it be known that he’s not too happy about how JYP Entertainment seems to be oblivious to his recent activities.

The K-Pop idol took it to Twitter, talking about how he worked hard for ‘JaeSix’ and his 88Rising collaboration, quoting how “the company people aren’t approving of him”.

“With YouTube, I got a lot of criticism and had to beg for permission. I did it all on my own, and I was also told that the agency staff members weren’t approving of me, which is why I ended up quitting jaesix. Why do all the other members get schedules, contents, and funding from our company’s staff members. How are they able to do it without getting looked badly?”

JYP Entertainment has not yet responded to Jae’s statements. 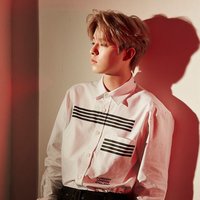 Only 32 Fans Showed Up To BTS Fan Meeting Once