The compilation project is a celebration for the label’s and its artists’ success, as well as for H1GHR’s third anniversary. The albums “TAPE 1” and “TAPE 2” will bring varied songs, with music videos and other original content. The release will be a milestone for the company and the artists.

The albums have generated expectations from international fans and hip-hop lovers, already familiar with the great potential of the agency’s artists in their individual works. Notably, Jay Park, Sik-K, pH-1, and HAON have dominated Korean charts in June with “Gang Official Remix”, featuring singer Rain. And, more recently, Golden gained national recognition after winning the reality show The Voice of Korea 2020.

H1GHR Music Records is a global Hip-Hop and R&B record label founded in 2017 by producer, businessman, and rapper Jay Park with North American singer and composer Cha Cha Malone. The company promotes its artists internationally, having signed with great names of the musical scene in South Korea and also in the USA. 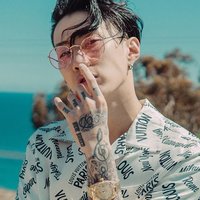 Jeon SoMi Said This Idol Was Like An Ahjussi Who Had...

Who Is The Actor With These Impressive Long Legs?

10 Most Talked About Actors On 1st Week Of July