Worldwide phenomenon, MONSTA X, announced today, that their full-length global concert originally set for July 25th, will now take place on August 8th at 8:00PM PT / 11:00PM ET. The event is being postponed to allow MONSTA X’s leader, Shownu, proper recovery time from his emergency eye surgery (view official statement here). “We ask for your generous understanding that we have inevitably postponed the show in order to put the artist’s health first for a better performance…” says Starship Entertainment.

VIP bundles sold out within minutes, but additional ticket packages are still currently on sale (purchase here). LiveXLive and MONSTA X will redefine the pay-per-view experience by including unique behind the scenes footage, docureality-style coverage coupled with premium tiered pricing with tickets that include VIP experiences, exclusive merchandise, meet-and-greets, and other event-exclusive perks. The pay-per-view concert marks the first and only time MONSTA X will perform this particular set list, combining both English-language and Korean-language songs. The event will feature never-before-seen choreographed routines as well as backstage footage, interviews and fan interaction.

“We are so excited to play this one of a kind global concert with so many surprises for our fans – Monbebe,” said the band. “We miss everyone so much and since we couldn’t tour this year, we want to give you the opportunity to see us live and spend a few hours together. This is our message to the world, we are all one, and this is the time for Monbebe and people from all over the world to join us live at the same time, and bring new energy to the world.”

Earlier this year, MONSTA X released their mini-album FANTASIA X, which quickly claimed the #1 spot on U.S. iTunes Albums Chart. The band also took part in TIME Magazine’s TIME 100 Talks, where they voiced their support for Black Lives Matter Movement, and performed 2 songs straight from Seoul [check it out here]. Overall, 2020 has been a busy and rewarding year for MONSTA X. The band released ALL ABOUT LUV in February, which marked the first all English-language album released by a K-pop group ever, and also debuted at No.5 on the Billboard 200 Chart, making it only the 3rd K-Pop group to chart within the top 10. The album kicked off 2020 with a splash, garnering rave reviews from places such as NPR, ET, Variety, Access, AP, Forbes, Consequence Of Sound, Billboard, and TIME who stated ““You Can’t Hold My Heart” is a change of pace: en emo pop-rock track with guitar backing. It’s sweet but salty, and tightly executed with its nods to rock. And it’s a sign of dissolving borders — across language, across genre, across culture.” 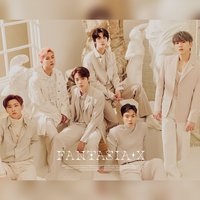 Every Single Song JoongKi Face Mask Being Removed From Stores Due...

Excitement and Romance Heats Up in 4th Teaser for tvN Drama...