Band N.Flying
is starting the group’s promotion for the B-side track.

On the 2nd of July, starting with the ‘M Countdown’(Mnet) stage, N.Flying will conduct a promotion for ‘FLOWER FANTASY’ in the 7TH MINI ALBUM ‘So, 通 (Communication)’ for one week. N.Flying’s title song ‘Oh Really.’ which expresses the ‘double-edged sword’ of communication with pleasant energy, will have its last stage on July 1st at  ‘Show Champion'(MBC Music).

‘FLOWER FANTASY’ is a song that contains a message that “happiness is waiting in the last minute, even if difficulties and the challenging moment approach.” Moody piano and powerful band sound are combined to enjoy an arrangement of a different mood. After the album was released, N.Flying decided to have a special promotion as the song received favorable reviews saying that it is a hidden masterpiece of a dim historical drama style, and fans are deluged to see the stage.

Leader Lee SeungHyub
, who wrote the song, ‘FLOWER FANTASY’ commented, “Last year, we participated in a suicide prevention campaign and released the song. Someone told me through social media that, ‘After listening to N.Flying’s music, I was encouraged to live life to the fullest’. It made me write this song hoping to be a comfort to them once again.” Also, he added, “While making this song, I imagined for people who thought they had reached the end of the cliff, to turn back their steps by making them feel beautiful fantasy like the petals scattered by our music.” He wanted to convey genuine hope to be comforting people.

On the 29th,  FNC Entertainment released the ‘FLOWER FANTASY’ video on the official N.Flying Official YouTube Channel. In this video, the appearance of a girl who gets tired of living and the powerful performance of N.Flying are intersected. At the end of the video, the face of a girl with a light smile is shown through the flying petals, which implies the ending with hope through N.Flying’s music. The explosive sound made by five people doubles the mournful emotion. 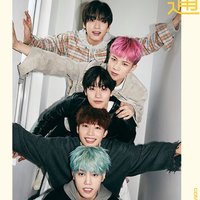 19 Unanswered Questions Of The Final Episode Of “Arthdal Chronicles”

JYP Asks Jackson Why He Made “The Face” During MAMA 2019

‘The Light In Your Eyes’ makes history in JTBC drama viewership

ChungHa Donates 10,000 Masks To Low Income Children In Lieu With...