Despite K-Pop having made a lot of progress since its earlier days, the issue with sasaeng fans doesn’t seem to have really changed as there are still many crazed fans not only invading the privacy of idols but behaving quite threatening and scarily as well.

NCT member ChenLe has recently been trending on Twitter as many NCTzen are demanding that SM Entertainment protect him, as alleged sasaengs uploaded some disturbing content on social media involving blood.

#ProtectChenLe has been trending on Twitter ever since, as fans are rushing to make sure nothing happens to him.

We need to take this fucking account down now this has gone too far. They are clearly doing this for attention so PLEASE DO NOT INTERACT. REPORT AND BLOCK. @SMTOWNGLOBAL #PROTECTCHENLE pic.twitter.com/rdN8Y5MdCM

DO NOT INTERACT, IMMEDIATELY REPORT AND BLOCK THE ACCOUNT! SPREAD THE WORD!
@//SsssCollection
BOTH INSTA AND TWT!#PROTECTCHENLE @SMTOWNGLOBAL pic.twitter.com/TpyRqDcliS

HERE WE ARE, DAY 2 OF SM ENTERTAINMENT DOING NOTHING..

How SM Entertainment responds to the voices of concern raised by fans and the current situation remains yet to be seen. 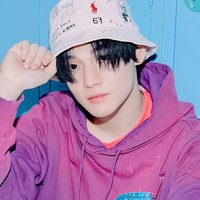 The Identity Of The $39 Mood Lamp Created By JYP Entertainment...

4 Reasons Why “Arthdal Chronicles” Is One Of The Most Awaited...

I.O.I Reportedly Getting Back Together Without Jeon SoMi In 2019

These K-Pop Idols Intentionally Gained Weight To Bulk Up | Kpopmap

Park JiHoon & Lee JaeWook Are From The Same University Batch

The Female K-Pop Idol Who Was Actually Kidnapped Before

Read The E-Mail Yang HyunSuk Wrote To All YG Employees Amidst...