“ONF, expected to solidify their colors through high participation in album production” “5th Mini­album ‘SPIN OFF’ to be released on August 10th, 2020 6PM (KST) through various music platforms”
ONF, known as ‘Great Song Restaurant’ to fans, are returning with their new best title song ever.
At midnight of August 5th, WM Entertainment has released a Highlight Medley clip of ONF’s 5th Mini­album ‘SPIN OFF’ through its official social media.
The clip consists of information and few parts of all 7 tracks, including the title song ‘Sukhumvit Swimming’, ‘Belle Epoque’, ‘Geppetto’, ‘Good Good’, etc.

It also contains unreleased images of ONF, each member showing their unique identities, drawing attention of fans all over the world.
The title song ‘Sukhumvit Swimming’ was produced by Hwang Hyun and Yoon Jong Sung of Korea’s music production and publishing company ‘MonoTree’, with MK participating in composition, and WYATT in lyrics. ‘Sukhumvit Swimming’ is a mixture of K­POP and Reggae, with its story being ‘Falling into an unknown space which will connect us together’.
Album ‘SPIN OFF’ is expected to contain songs that will show ONF’s different paths of improvement. The tracks were produced to harmoniously relate to its theme ‘SPIN OFF’, which makes it even more diverse for fans to listen to.

ONF is expected to solidify their colors through high participation in the album. Moreover, together with producer Hwang Hyun of MonoTree since debut, fans’ attention continues to intensify in hopes to listen to ONF’s high­quality music once again.

ONF’s 5th Mini­album ‘SPIN OFF’ will be available from August 10th, 2020 6PM (KST) through various music platforms.
And as a celebration of their return, an online fanmeeting titled 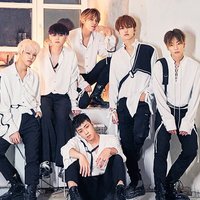 JungSu Drops a New Single in Light of 2020 and The Pandemic, Gotta Bring It Back | Kpopmap – Kpop, Kdrama and Trend Stories...

Kang Daniel’s Popularity Is Unreal As His Solo Debut Tops #1...

6 Gifs That Proves How Important Timing Is For BTS’s V...

Lee Joon-ho, Yoo Jae-myung confront each other in new stills from...

TaecYeon Of 2PM Confirmed To Be In A Relationship | Kpopmap