Former BIGBANG member SeungRi, who is currently serving in South Korea’s army, appeared before the military court on September 16th for his first hearing.

The former K-Pop idol has been a figure involved in one of the biggest scandals in the industry, all starting with his name being associated with club Burning Sun.

SeungRi has admitted to only one charge at the moment, which is the violation of the Foreign Exchange Transaction Act, while denying the rest of the charges. 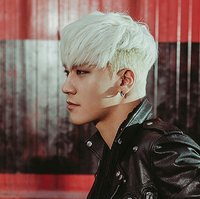 LOONA Announces Their Comeback With New Album [12:00] Out Now With Focus Singles “WHY NOT” And “STAR” | Kpopmap – Kpop, Kdrama and Trend...

SEVENTEEN Does Not Forget About Their Leader During Their World Tour...

What To Know About BLACKPINK’s Upcoming Full Length Studio Album |...

Look Back At The Handsome Leads Of “Boys Over Flowers” With New...

X1’s Nam DoHyon Makes An Appearance As A Freshman Of Hanlim...

4 Female Actresses That Would Be Perfect With Park JiHoon &...

“Rookie Historian Goo Hae Ryung” Partly Filmed In One Of The...

Fans Reminiscences As B.O.Y Snaps A Photo Together H&D On “Idol...

Why No Other K-Pop Girl Group Will Dominate The US Like...