SF9
will release their new mini-album on the upcoming July 6th, 2020. The new album’s title is ‘9gloyUs’, and it will show SF9, who started the new leap through their 1st full-length album, sharing the glorious moment as one.

The trailer begins with the appearance of InSeong
waking up from a nightmare in an ‘annular eclipse’ when the sun is covered by the moon. Then, the faces of SF9 members appear losing their light like the sun, which raises curiosity on the new album.

The trailer was released on 21st when the actual annular eclipse took place. An annular eclipse is a solar eclipse that the sun is covered by the moon and only its edge shines in the shape of a golden ring. It is a rare natural phenomenon in Korea since it was last observed in 1948. As the prologue video with a dark mood based on the annular eclipse was released, fans are paying attention to predict how the glorious moment will be contained in the new album ‘9loryUS’.

SF9’s new album ‘9loryUS’ is the comeback after about 6 months, since their 1st full-length album ‘FIRST COLLECTION’ released in January. SF9 has been showing a sharp rise in 2020, reaching the 1st place in music broadcasting with the title song ‘Good Guy’. Recently, in addition to group activities, each member is actively working in various fields including acting, entertainment program, music broadcasting MC, and so on, which draws attention from the public.

Meanwhile, SF9’s new album ‘9loryUS’ will be released on July 6th at 6PM (KST) through major music websites. The comeback promotion content will be released sequentially on SF9’s official SNS. 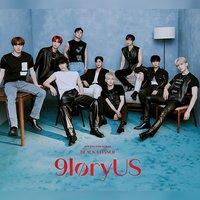 K-Drama “It’s Okay To Not Be Okay” Filming Location Of Seo...

Red Velvet’s Irene Once Again Stands Out With Her Beauty On...

Song Joong Ki and Jang Dong Gun Duke it Out to...