Combining elements of urban sounds and EDM trap, “Villain” was composed and produced by 8PEX and Megan Lee, whose track record spans from EXO to Lee Hi. Hwang Sung-jin, the main producer of Rainbow Bridge World (RBW) Entertainment – home to acts like MAMAMOO and ONEUS, participated in the single’s recording and contributed to its Korean lyrics.

“The dynamic and explosive range of ‘Villain’ only heightens AleXa’s artistry and further accentuates her visual and edgy artistic expression,” says 8PEX and Megan Lee, “It’s set to blow everyone off of their seats!”

True to the cinematic universe featured in prior releases, the music video for “Villain” sees the continuation of AleXa’s strife against a mysterious foe and serves as a hint to the upcoming storyline featured in AleXa’s second mini-album “DECOHERENCE.” The combination of AleXa’s colorful acting as a crazy villain and perfectly choreographed dance breaks adds a dynamic sheen to the blockbuster music video, directed by Zanybros.

“This chapter in AleXa’s multiverse storyline was made to showcase AleXa’s versatile talents, and explores the complications of her character with a tribute to bad heroes,” says Angelina Foss, Head of ZB Label, “AleXa’s duality is what makes her a strong performer, and we hope the audience can enjoy her charismatic yet tough performance.”

A debut performance of “Villain” will be unveiled for the first time during AleXa’s first live concert, “CTRL + AleXa [ENTER] the AleXa Universe,” to be held on July 18 in Korea. Utilizing high-quality production technology like augmented reality to deliver a more explosive experience to virtual concert-goers, the concert will show a new charm to AleXa.

AleXa exploded onto the scene with her multilingual debut, “Bomb” in October of last year, breaking into the Top 10 of Billboard’s “World Digital Song Sales Chart” within its first week of release. In 2020, AleXa inked a deal with ICM Partners, home to an all-star roster of award-winning artists including Nicki Minaj and Khalid, to set a global debut in motion. Her debut EP release, “Do Or Die,” was met with praises from a growing fandom.

AleXa is the first artist debuting under Zanybros, one of Korea’s largest production houses at the core of South Korean music video history. Their track record spans over a decade, with the production of more than 1,300 music videos for artists like BTS, EXO, MAMAMOO, Super Junior, Seo Taiji, and more.

“Villain” can be found on Spotify, Apple Music, Melon, Genie, and more than 100 music platforms around the world. 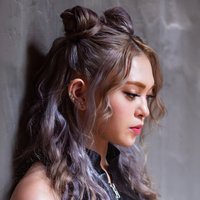