The drama “Extraordinary You” is popular and many are hooked onto the captivating story.

If you are watching the drama, you will have for sure notice the orange flower that keeps on being shown on screen. No doubt that it has a close link with the storyline and SF9‘s RoWoon (as HaRu) & Kim HyeYoon (as Eun DanOh) couple. It appears at important scenes and also in the official posters. 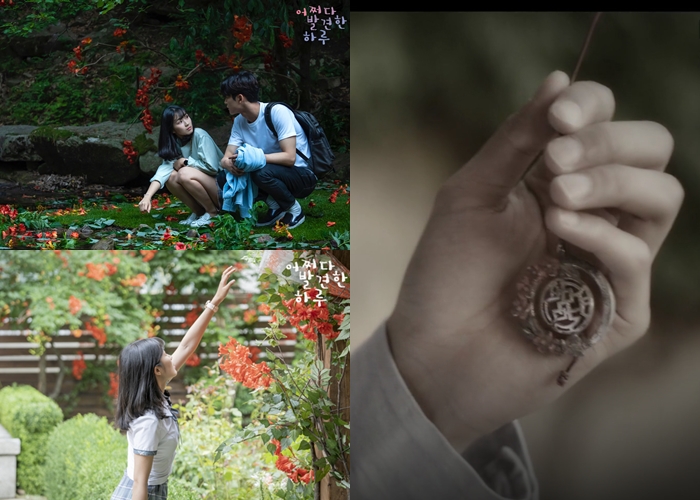 The flower is called Chinese trumpet vine / Campsis radicans (in Korean 능소화) that has the symbolic meaning of waiting. In the past, it was a flower that could be planted in nobles’ houses in Korea.

It is also linked to a folklore tale in Korea. To summarize it, there was a court lady named SoHwa who was loved by the king in the palace. However, the king was no longer interested in her and she was only waiting for him. She kept waiting and did not do bad deeds to attract his attention like the other ladies.

One summer day, she was slowly dying because of lovesickness. She left a will saying “Bury me, even if I die, I will wait for the king. He would come soon”. After her death, all her quarters were filled with the Chinese trumpet vine.

The King could be Baek Kyung, the court lady Eun DanOh and the bodyguard (?) HaRu, according to some fans theories.

With the new appearances of the flower and plot changes, there are numerous theories such as Haru and DanOh knowing each other from their previous lives and much more.

With this meaning behind the flower, what do you think will happen in the future episode?

How The Mysterious Madam Lin In SeungRi’s Burning Sun Scandal Made...

The Cast of tvN Drama Catch the Look Transform into Adorkable...

Which BTS Member Is Pengsoo’s Favorite?